North Carolina progressive deathcore group KROSIS have premiered a music video for their superbly technical and musically adventurous new song “Pyschoticlysm” today at Metal Injection. The track is the second single from their new album A Memoir of Free Will, which will see a February 7th release via Unique Leader.

Vocalist Mac Smith said of the song, “Psychoticlysm is our best attempt of showcasing our technical abilities as individual artists into a collective mindset. This track tackles personal struggle of the mind and how one may deal with a given state of psychosis, hence the title. We believe that this single is a proper follow-up to our previous release, building upon a technical foundation in which we can showcase the most extreme version of our sound and style. We truly hope that everyone will enjoy this release as much as we have enjoyed composing it, as we believe that this is our most intricate and refined composition to date.”

A Memoir of Free Will is the follow up to KROSIS‘ jaw dropping debut Solem Vatem which Dead Rhetoric called “an unexpected treat” adding “Many pleasant and fresh twists await, done in such a way that they still can find flow and cohesiveness within their structures.” The stunning 10 track album sees the group truly coming into their own with the band’s ambitious sound culminating into something truly unique.

A Memoir of Free Will was recorded and mixed by band guitarist Brandon Scurlark at Eltar Studios. Mastering for the effort comes from Jamie King (Between the Buried and Me, The Contortionist).

To coincide with the album’s release KROSIS will be hitting the road in February on the “Memoir of Free Will Release Tour”. The trek, which runs from February 6 – 15, will cover a portion of the US East Coast and Midwest with support coming from A Wake In Providence and God of Nothing.

Smith added, “We are extremely proud and excited to announce this album release tour with our friends in A Wake in Providence and God of Nothing! We couldn’t have asked for a better group of artists to support the release of A Memoir of Free Will, and we are eternally grateful that these two seasoned deathcore acts are willing to experience it with. Thank you to anyone who has supported us during this album release, we look forward to coming to a city near you!” 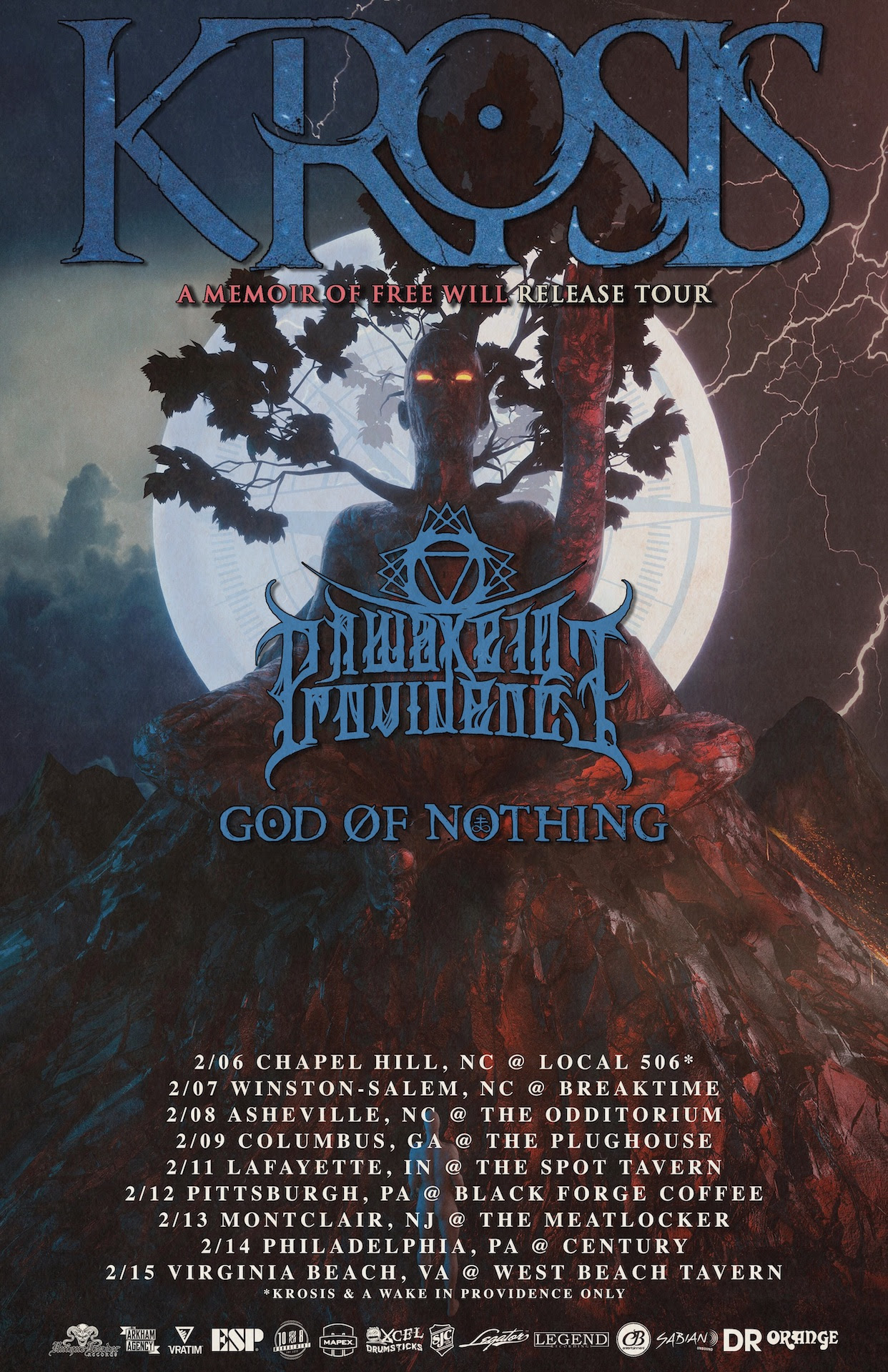 KROSIS: “To Persist or Adhere”

VISCERA: “Lamb to the Slaughter”